The most famous Austrian economist is 1974 Nobel laureate Friedrich Hayek. Because of his moderate views excusing state interventions in various circumstances, hardcore Rothbardians tend to regard Hayek as less than pure in many areas.

However, one area where Hayek is certainly more radical (though perhaps not correct!) than even Murray Rothbard is monetary institutions, as detailed in his fascinating (1978) pamphlet The Denationalisation of Money.

When it comes to the free market’s handling of money, the typical Austrian argument is over fractional reserve banking (FRB). Some think FRB is perfectly legitimate (so long as the banks do not receive special privileges from the government), while others consider it inherently fraudulent. But both groups agree that fiat money is a horrible creation of the state and that the free market would always settle on a commodity (such as gold) as the underlying base money.

Inasmuch as many of the participants in the FRB debate are far more radical than Hayek on most policy issues, it is quite surprising then that Hayek’s proposal calls for privately issued, competing fiat currencies. That is, Hayek proposes that individual firms issue pieces of paper that are not backed by any production or consumption good. In a sense, Hayek wants to privatize central banking.

As the reader can imagine, this proposal strikes almost everyone—even modern Austrians—as absurd; we will deal with some of the major objections below. But partly because of this near-unanimous rejection, and partly because the analysis in any case is instructive, I will attempt in this article to give Hayek’s case the best possible defense.

Hayek argues that, if only government obstacles were removed, the free market would provide the optimal quantity (and variety!) of monetary products. Just as the forces of competition lead to low prices and superior quality in every other line, so too would competition in the “fiat money industry” lead to monies that were infinitely better than their government-produced counterparts. For example, the private monies would be far more stable in their purchasing power, would be harder to counterfeit, and would be available in more convenient denominations.

Although one can imagine an equilibrium situation given that the public is already holding vast quantities of such private currencies, it is difficult to conceive of how they would “get off the ground” in the first place. Here is the most ingenious part of Hayek’s proposal (which naturally I am adapting for a modern exposition):

A private firm could initially print up, say, 1 million pieces of paper (that of course would be difficult for an outsider to reproduce) with a cute picture of Friedrich on them. The firm then contractually pledges to redeem each “Hayek,” at any time, for either $10 or 80 Chinese yuan. Assuming that the firm has substantial assets and that everyone is fully confident of their redeemability, the Hayeks at auction will sell for somewhat more than $10. This is because they will always be worth at least $10, but they might (in the not too distant future) be worth more, if and when the Chinese government lets the yuan appreciate against the dollar. (In that case, investors could redeem each Hayek for ¥80, which would exchange for more than $10.) For the sake of argument, let’s suppose that the firm initially auctions all 1 million Hayeks for $12 each.

Thus far the proposal involves nothing too radical; each Hayek is really just a derivative asset. How, then, would the issuing firm get the public to start treating the Hayeks as money? On the night of the initial auction, after the market price of the Hayeks had been ascertained, the issuing firm would specify a commodity basket (consisting of bread, eggs, milk, and other goods relevant to consumers) that cost, say, $60 at Wal-Mart. Then the firm would announce to the public the following nonbinding pledge: “We will use our firm’s assets to adjust the outstanding supply of Hayeks such that 5 Hayeks will always (insofar as it is humanly possible) have the purchasing power to buy this specified commodity basket.”

Now, as time went on, the US dollar and the Chinese yuan would depreciate vis-à-vis real goods and services. In particular, the dollar price of the specified commodity basket would increase. So long as the Hayeks were still being valued solely because of their tie to dollars and yuan, their value as well would begin to drop; the Hayek price of the commodity basket would start to rise from 5 to 5.05, etc.

At this point the issuing firm would need to prop up the value of its fiat currency. It would need to enter the market and buy back Hayeks from those marginal holders who were most anxious to sell. In this way, the issuing firm could (at least temporarily) maintain the purchasing power of the Hayeks such that 5 Hayeks could still buy the relevant commodity basket at Wal-Mart, even though the dollar price of that basket has risen above $60 (as the US government continued to print new dollars).

Here is where the theory ends and we are stuck with an empirical question: Would the firm eventually buy back all 1 million of the Hayeks? Or, at some point before this happened, would the record of stability of the Hayek (in terms of its purchasing power vis-à-vis the specified commodity basket) allow for a self-fulfilling prophecy in which people begin holding Hayeks not because of the underlying legal redeemability, but because of its expected purchasing power in the future?

Hayek’s proposal was understandably treated with suspicion. Murray Rothbard1 argued that it violated Mises’s “regression theorem,” which demonstrated that all money—even government fiat currency—must ultimately derive its purchasing power from a historical tie to a commodity that was valued in a state of barter. However, this objection overlooks the fact that Hayek’s proposal does contain an initial link to an underlying asset in order to get off the ground.

Rothbard also objects that not all government functions should be privatized, in particular tax collection, torture of prisoners, and the issuance of fiat currency. The point may be conceded, but Hayek’s proposal would certainly be legally permissible in a libertarian society. Even those who consider fractional reserve banking as fraudulent could find no violation of property rights in Hayek’s proposal;2 they would simply have to argue (and a compelling argument it is!) that any firm attempting to circulate its own fiat currency would go bankrupt.

A different problem is that, in the world Hayek envisions, there would be no single money, and hence the benefits of a common medium of exchange would be curtailed. To this I would respond that it is possible that even under a 100 percent commodity standard, some groups use gold, others use silver, and others use cows as a medium of exchange.

Yes, there would be forces tending to promote the emergence of a single money throughout the entire world, but this would not be instantaneous, as conditions differ greatly from region to region. So long as each of the local monies could be freely exchanged against one another, modern currency markets (aided by computers) would significantly reduce the transactions costs involved. By the same token, we cannot say that the benefits of a single money outweigh all other considerations and that therefore Hayek’s system must be rejected.

Another objection (raised by Selgin and White) is that a private “central bank” would, just as its government counterpart, always find it most profitable to hyperinflate. It is true that this would cause the public to abandon the currency, but so what? If 5 Hayeks currently exchange for so many eggs, milk, etc., why not print up 2 billion of them and buy as many real goods as possible? Surely this one-shot move will earn more than the present discounted value of responsible management of the supply of Hayeks.

This fear overlooks the fact that the Hayeks (in our example) are always legally redeemable for $10 or ¥80. That places a floor below which their value cannot sink (without draining the reserves of the issuing firm).

Pete Canning acknowledges this fact and refines the objection by pointing out that, eventually, the government currencies will have depreciated so much that this check will soon be impotent. Ironically, here is where another of the alleged deficiencies—namely the multiplicity of currencies—comes to the rescue. Precisely because each issuing firm will only provide the money held by a fraction of the public, one firm’s decision to hyperinflate would not be nearly as disastrous as when a monopoly government does so.

Moreover, if a major firm ever did decide to hyperinflate, the public would demand measures to prevent a recurrence. For example, in addition to pledging to redeem Hayeks at any time for $10 or ¥80, our hypothetical firm might also legally pledge “We will never increase the supply of Hayeks by more than 100 percent per year.”3

Let me close by pointing out some of the overlooked benefits of Hayek’s scheme. First, in principle privately issued fiat currencies could prove more stable than even commodity metals in terms of their purchasing power. The whole job of the firm issuing Hayeks (in our example) is to closely monitor the financial markets to fine tune the exchange value of the Hayeks, such that five of them always purchase the specified commodity basket at a major grocery store. This is not true when it comes to gold; the exchange rate between gold and the commodity basket would be far more volatile (though of course much more stable than the exchange rate between government currencies and the basket).

Another benefit is that the firms could change the composition of the commodity basket to reflect the preferences of the holders of their monies. For example, some people may not care about the price of eggs and bread, and would prefer a money that had stable purchasing power in terms of a basket of aluminum, platinum, etc. A firm could fill that niche.

Another interesting feature of Hayek’s system is that holders of money would themselves reap the advantages of inflation of the currency, rather than the issuing firm. Consider: if the public ever did accept Hayeks (and Lachmanns etc.) as media of exchange, over time the market would increase the production of eggs, butter, etc., and hence there would be a tendency for their Hayek price to fall. Therefore, in order to maintain the stated purchasing power, the issuing firm would need to print up and distribute additional Hayeks periodically.

Now if the firm were a monopoly, naturally its owners would spend the new Hayeks themselves. But because of competition, the firm can only keep the public using Hayeks if, in addition to the incredibly stable purchasing power, holders of Hayeks receive new units in proportion to their holdings. That is, the firm would have to periodically increase the supply of Hayeks at large in order to maintain a constant purchasing power, but it would need to give the new units to its customers. (An easy way to achieve this would be for the firm to also act as banker and pay dividends on deposits.)

Finally—and I admit this is quite fanciful—suppose that in the distant future, humans develop the Star Trek capacity to reproduce (within limits) any type of physical item. In that case, no commodity could serve as a useful medium of exchange, because people would simply mass produce it at virtually no cost. In such a world, money would probably become mere numbers on computers.

Yes, if governments were expected to responsibly run such a system, all would be lost. But it is at least worth exploring whether a system based on Hayek’s ideas could provide sound media of exchange in that futuristic environment.

Find out how our blockchain based technologies, products and solutions are helping shift status-quo within different sectors of businesses and industries in Africa. 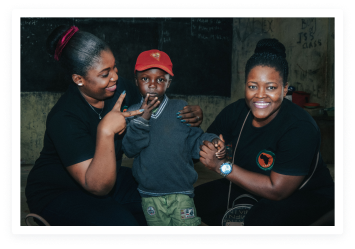